Mare Island, California–The Aug 24th 6.0 earthquake toppled and damaged parts of the St. Peter’s Chapel pipe organ on Mare Island. Ken Zadwick, executive director of the Mare Island Museum, said repairs will need to be made on the historic organ. None of the famous Tiffany stained glass windows were harmed by the early AM tumbler or aftershocks. In addition, several of the officer’s row mansions suffered roof and chimney damage due to the quake. City crews were out early today working on assessing, repairing and clean-up of the wide spread damage to the historic core of the island. Several buildings have been red tagged and some may be a total loss. 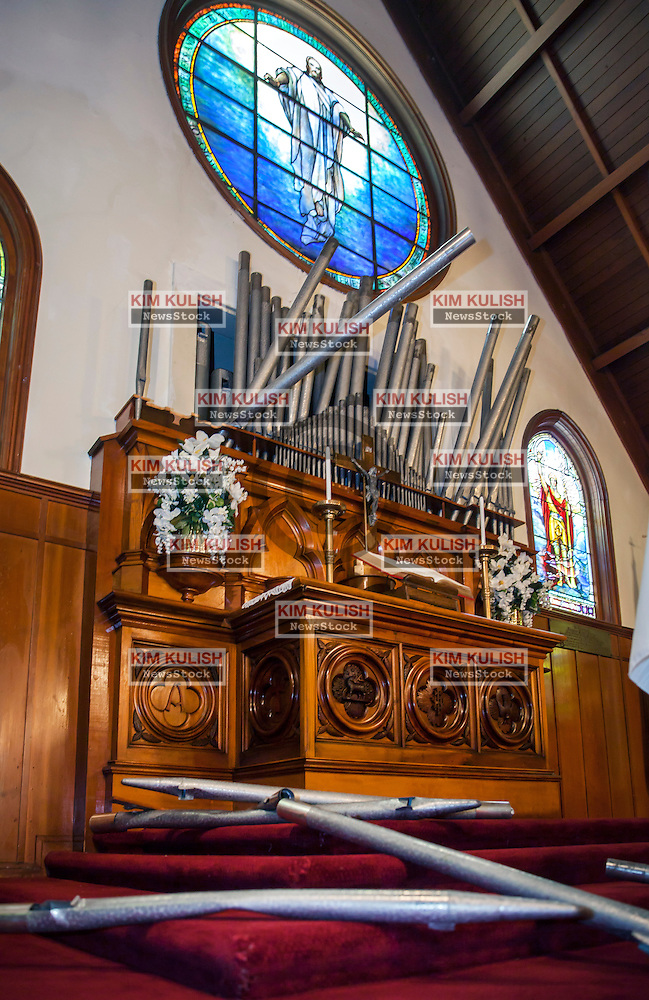 Organ pipes were damaged and toppled inside the historic St. Peters Chapel on Mare Island following the 6.0 earthquake that struck in Napa County on August 24, 2014. Built in 1901, it is the oldest naval chapel in the U.S. The chapel's famous Tiffany stained windows were not damaged. (Kim Kulish)